How the Garden Grows The Saint’s Big Day 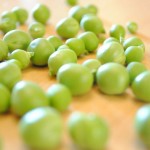 On a beautiful day,  the nonnas and the grandchildren arrive at Prospect Park, Brooklyn’s premier park. They let the children run freely in the playground while they sit on a bench — never taking their eyes off the children — and talk about making things right with their world. The neighborhood is rife with nonnas worrying,  not about the Marshall Plan,  or the proliferation of universe-shattering weapons, or the increase in the price of pancetta– even though one has already announced that pancetta has a place  in her  pasta sauce tonight.  Graver situations give them pause.

They’re  concerned about Nettie (from the block) finding  a fiance.  They’re upset about Mario (the guy who delivers the ice) becoming an evangelical, and in despair over their neighbor Patrina’s recent surgery–even though, she’s made a full recovery.

They relax as they arrive at solutions to these alarming  situations. As long as they can voice an opinion, they believe they have tackled a problem, real or– in Patrina’s case — imaginary.  Nettie should go out with Frankie’s brother, they all agree. “We should give Mario, the ice-man, a prayer card—get him back to our church,” says a nonna, “and visit Patrina, just to make sure  she really looks all right.”

“Yes,  I know these doctors,” says another, pushing her hand out in front as if to ward off the evil bearer of the stethoscope.

After they’ve packed up all their cares and woes, they sigh, relieved. And then there is silence.  What to talk about now that they have wrestled with and conquered  these major issues?

Ah, it only takes a minute for them to furrow their brows again. No matter where they turn, they find something to worry about. Now, it is the care of a neighbor’s toddlers as the mother places each child in a swing and gently pushes each swing .

“Oh, I can’t look,” says a nonna.”I’m worried the babies are going to fall out of the swings.”

“Well, there’s really nothing we can do about this,” she says and pauses when the toddlers’ mother turns to face her. “Oh, it’s Angelina from down  the hill. I know her mother.”

Knowing Angelina’s mother gives the chorus reason to begin. “Angelina, make sure the babies are strapped in tight,” says a nonna.”What about hats, Angelina?” asks another. “If I were you, I’d put hats on them, so they don’t catch cold.”

Pasta with Peas and Pancetta

Tagged with: pasta with peas and pancetta