TV Time Saturday at the Movies 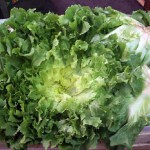 The nonnas don’t go shopping. In their own language, they “make shopping,”  and they “make  shopping”  a work of art.  It is the con’s art of wearing down storekeepers to give them the best and freshest provisions for the least amount of money.  These little women all in black, save for their printed-front aprons, look  perfectly innocent. No con artist would leave the house in such an obvious get-up.  As they trudge  uphill, laden with heavy paper bags  from each of the stores they’ve visited,  they still have breath enough to  tell one another the way they managed to score the day’s take.

It begins with the escarole. “I told Nick, the vegetable man, this escarole doesn’t look so good,” a nonna says.  “I start taking off the outside leaves, one by one. I’m ready to put it back in the box, and he says to me, ‘It’s fifteen cents, but take it for a dime.'”

“Sure, ” says another nonna. “After what you did to that head, he knew he wouldn’t be abe to sell it to anybody else.”

“It’s tough to  find things that are just right,” says another. “You got to be picky.”

“”Pretend a little, too,  like I did at the butcher’s,”  the nonna says. (Remember, a nonna has no trouble squaring her conscience with her carryings-on.)  “He has this chopped meat on a tray in the showcase. I want chopped meat, but I  want to know what he’s chopping. I say to him ‘A pound of  sirloin, please.’  When  he takes out the steak, I say ‘Please chop that for me.'”

“You  should have seen the look he gave you–as sharp as one of his knives.”

“In the bakery,  you know the baker is going to grate the day-old bread  into crumbs, and sell the crumbs, right?’  a nonna  says. “So I ask him  to sell me a loaf of day-old bread. I take it home and make my own bread crumbs.  If I buy crumbs from him –fifteen cents. If I buy day-old bread–ten cents.”  The bundles she carries prevent her from dusting her hands together to show that she has bested  the baker; instead, she juts out her chin.

They approach the street where they live, and  look in the window of the corner toy store. “New stuff,” one says. “The doll, she’s very nice for my granddaughter.”  She enters the store.

The others follow. They pull bills out of change purses that were stuffed into their apron pockets. “For my grandson,” a nonna says, as she asks the storekeeper for a modeled-to-perfection miniature fire engine.

Another asks for the doll for her granddaughter  and a rattle for her newborn grandson.

The transactions continue. As each pays, she comments on the  fun the grandchild is sure to have with the toy.   Bills are handed over. Change is received. And never is heard a haggling word. Why?

Because these are for the grandchildren –the only justification for ever paying full price.

Escarole, Scarola,  with Beans and “Bacon”