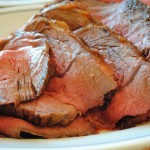 Saturday at the Movies

On weekends,  the nonnas often take the grandchildren to the movies. One Saturday, the women and children enter  a local theater.  The children laugh as they race down the aisle. Even though it’s ten minutes until the feature begins, the matron stops them.  Her flashlight beam would be at home reflected on a prison wall.

“Leave the kids alone,” a nonna says, warding off the beam of  light with her open palm. “Go watch those kids  in  the balcony. Smoking ! What are they, eleven years old?”

The matron adjusts her hairnet,  points the flashlight at the floor, and  races up the stairs to the balcony.

The nonnas have as much trouble keeping their voices down as the grandchildren do. “I never sat in the balcony,”  a nonna says. “All that smoking. Bah! ”

“Ssh, quiet!” says a  woman, sitting in the row behind them.

“Eh,” the nonna says, “It’s only the coming attractions. We stop talking when the movie starts.” she waves her hand in the air. “I used to go to the movies only when it was  Dish Night.  That set in my china closet? I got each piece at Dish Night just for the price of a ticket.”

“Oh, Dish Night, those were some movies,” another says. “Fred Astaire, Ginger Rogers , Spencer Tracy,” she pauses, “as a priest!”

A man, sitting in the row behind them,  says, “If you don’t keep quiet, I’m going to call the matron — and then  the usher!”

Now, right  before the movie is about to begin, the kids are quiet. But the nonnas start crinkling waxed paper, as they remove it from each wrapped sandwich, and form the paper into little boat-shape holders for the children’s lunch.

They begin to distribute the food.  “Here.” “Eat.” “Drink?” As they talk, the feature comes onscreen.

“Matron,” the man sitting behind them, whispers loudly. She’s not available because she’s still trying to gain control of  tobacco row in the balcony.

The movie ends, and the newsreel comes onscreen. “You want to stay for the double feature,” one nonna asks?

“No,  it’s almost time to get to church and  go to confession.” (See The Bride’s Getting Out of the Car.)

As they troop up the aisle, the  chatter of the nonnas, the  giggles of the grandchildren,  and the rustle of  the waxed paper from lunch cause those in aisle seats to take notice with “Shushs.”  Pleas begging for “Quiet.” And loud-enough-to-be-heard expletives.

In the light of day, all, including the nonnas, use their outside voices — their everyday shouting voices — to discuss the movie, the time they’ll meet at church, and, of course, the dinner menu.

It’s a given: on Saturday night, the nonnas serve — an American meal — steak and potatoes.

The others are impressed. One, it’s cheaper than sirloin. Two, they kick themselves for not thinking of it first.